Aria the Origination contains episodes 1-13 and 5.5 of the anime's third season, directed by Junichi Sato, as well as Aria the OVA ~Arietta~

As winter melts into spring, Akari, Aika and Alice continue to work hard to become Neo-Venezia’s top gondoliers. Aika starts to take on more responsibility around Himeya; Alice travels up the challenging canal near Hope Hill; even Akari spends a day working on a huge gondola called a traghetto! But there’s still so much to learn... and the final test to become a Prima, which once seemed so far off in the future, might not be so far off anymore. 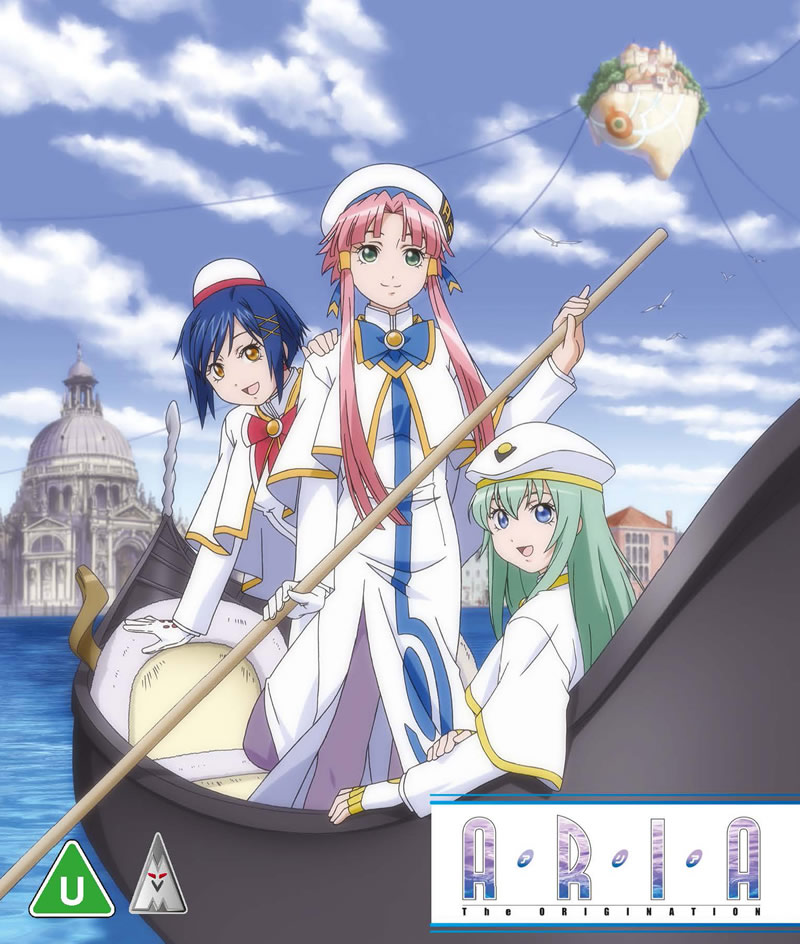