Due to firearms restrictions, sharp-shooting tournaments in Japan are held using special rifles that fire beams of light instead of bullets… and since devices that fire pulses of photons are so much safer than weapons that shoot live ammunition, there's little reason for age restrictions at shooting matches. As a result, many Japanese schools now have shooting clubs that compete against each other, culminating in nationwide contests!

However, when Olympic hopeful Hikari Kokura transfers to Chidori High, she's alarmed to discover that the Chidori High School Rifle Shooting Club she'd planned on joining has been dropped due to lack of interest. Convincing her friends and classmates to join this offbeat club will be just the first target in Hikari's ambitious plans as a team of young markswomen set their sights on going all the way to the national championships! 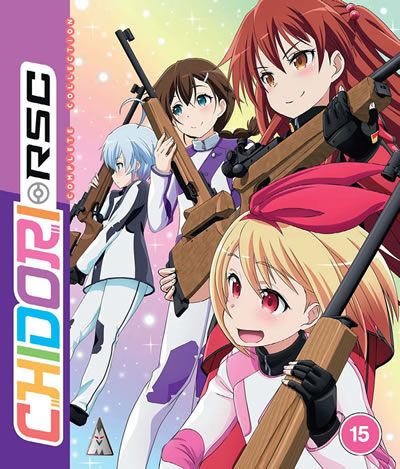