PROJECT Otomo City: where freedom and justice have atrophied to the bone; where conspiracy rules the day and Death stalks the night - Death in the form of the Skull Man, a literal Grim Reaper whose skeletal grin presages grisly mayhem and murder, even to the monstrous mutants that haunt the city's underworlds! Now, to investigate a bizarre slaying, journalist Minagami Hayato and photographer Kiriko Mamiya must stalk this ultimate predator, through a festering cadaver of a city where the corruption flows in rivers as deep and foul as the sins of the reigning elite, and unearth a secret so shocking that an entire city has been turned into a tomb to contain it! In a nightmarish necropolis where nothing is as it seems, vengeance comes in the form of a living Death's-Head. 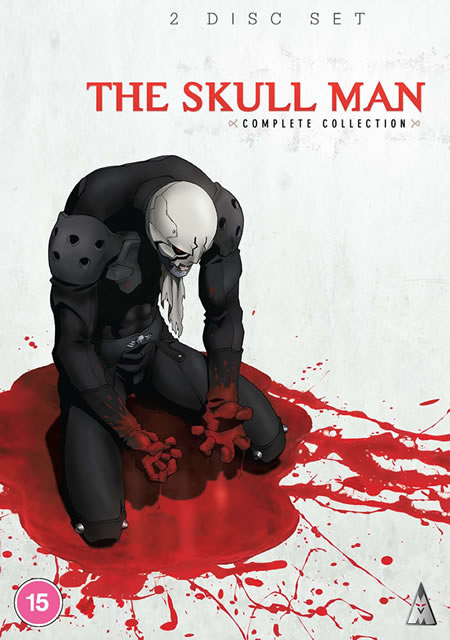