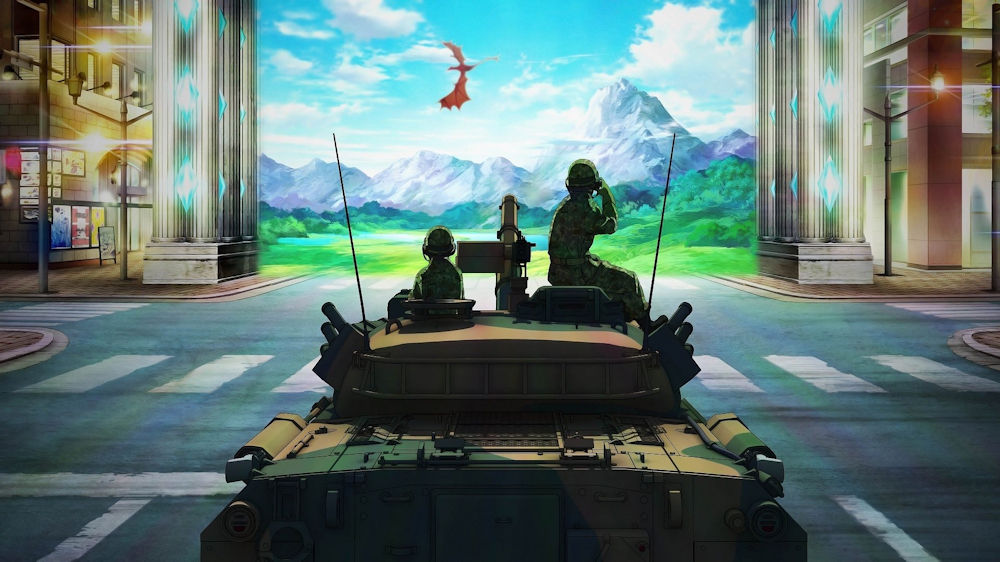 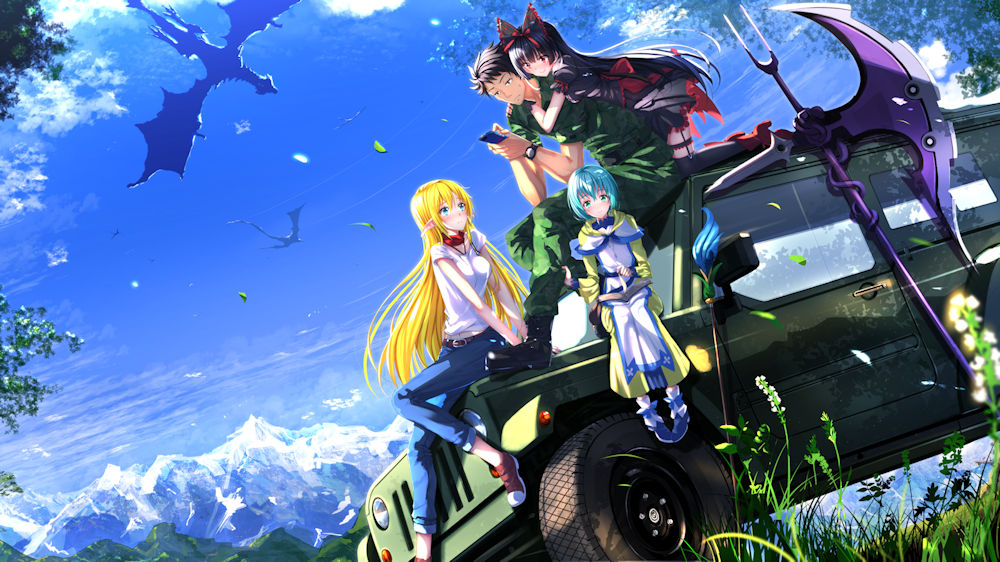 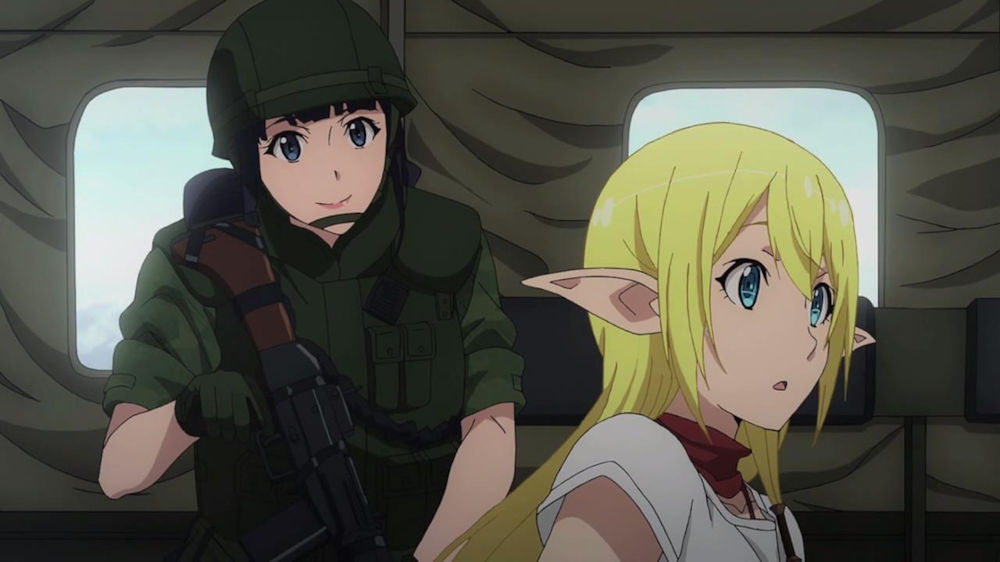 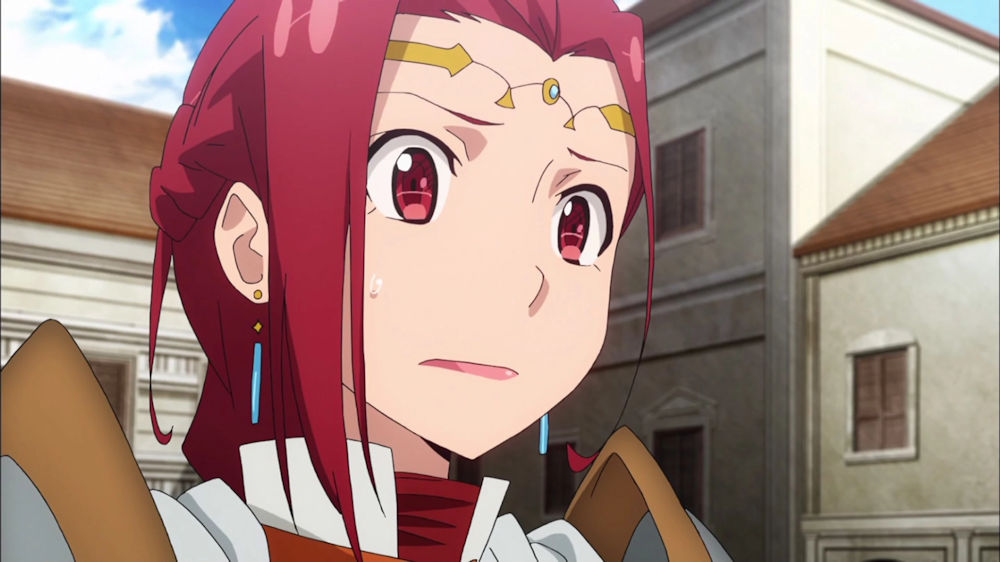 
Gate, or to give the series it's full title, Gate: Jieitai Kano Chi nite, Kaku Tatakaeri (Thus the Japanese Self-Defence Force Fought There) is based on the light-novel series by Takumi Yanai. The series follows Yōji Itami, a JSDF officer with a love of all things otaku. On his way to a comic convention, he's stopped in his tracks travelling through Ginza by an attack on the city by armed men and magical creatures - thinking quickly, he manages to evacuate many citizens to the Emperor's palace while the JSDF repel the invasion.

Ginza is left with a giant gate that appears to be a portal into another realm, and thus the Japanese Self-Defence Force fought there.

The show is a wonderful mix of comedy, fantasy and military hardware, something of an irresistible lure to most Japanese fans! Travelling to this realm, the series takes care to represent the JSDF in the best possible light, with realistic deployments, real-world hardware and diplomatic overview designed to win over receptive locals rather than simply exterminate them.

As Yōji Itami, freshly promoted due to his heroics in Ginza, takes his team into this new world, he's met with a bevvy of beautiful girls, ranging from a 19 year-old warrior princess named Pina Co Lada (really), an orphaned elf, Tuka Luna Marceau, calm mage Lelei La Lelena and a Gothic Lolita witch named Rory Mercury. While this could quickly descend into a harem farce, the series instead focuses on exploration, the exchange of culture and the political machinations of both sides of the gate. In short, it's a standout series for all the right reasons. And a Gothic Lolita witch never hurts.

The series is available now as a Special Edition Blu Ray & DVD Collection complete with 12 Art Cards, an Art Book and a rigid collectors case.

Gamer shut-ins on Earth, Gods in a new world. Can a brother and sister team of NEETs take over the world?