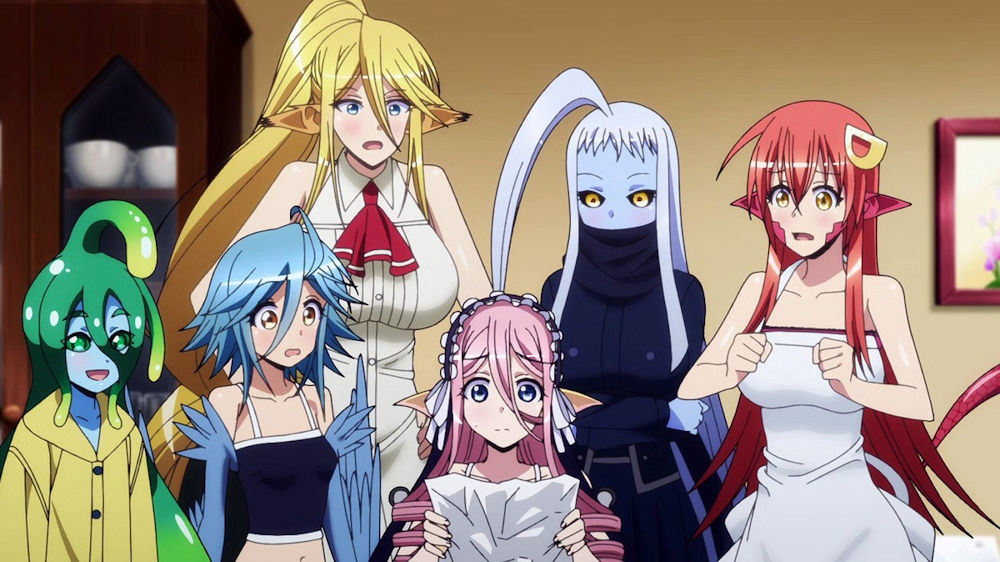 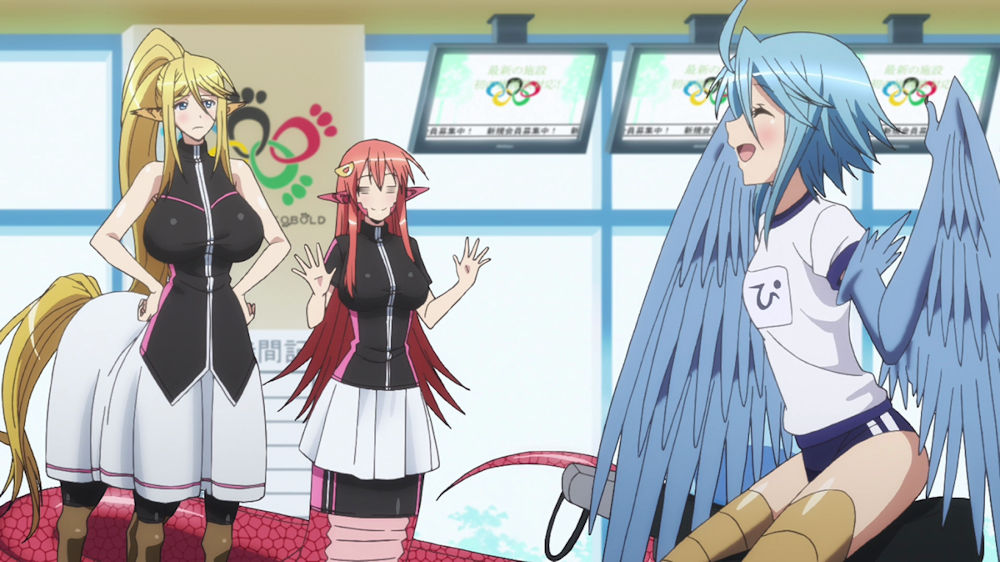 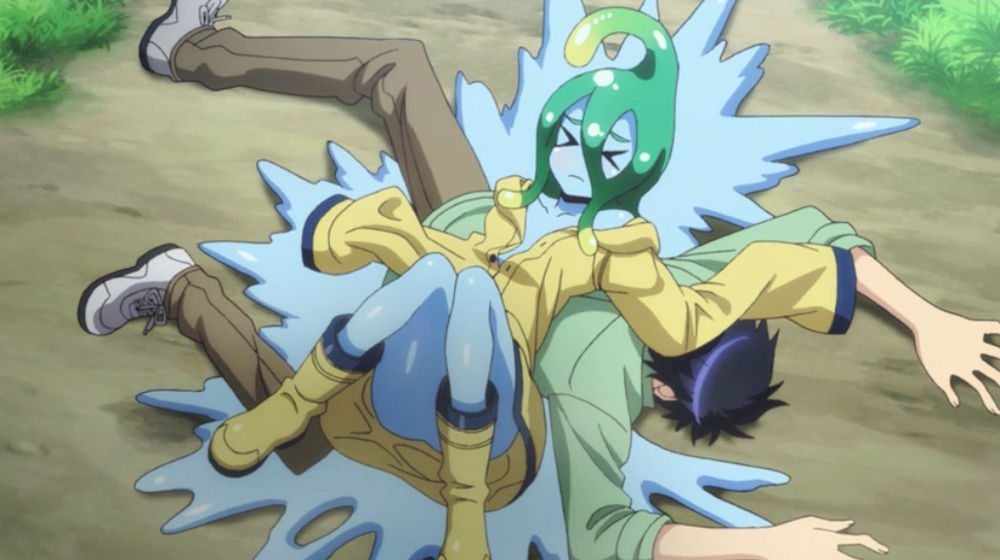 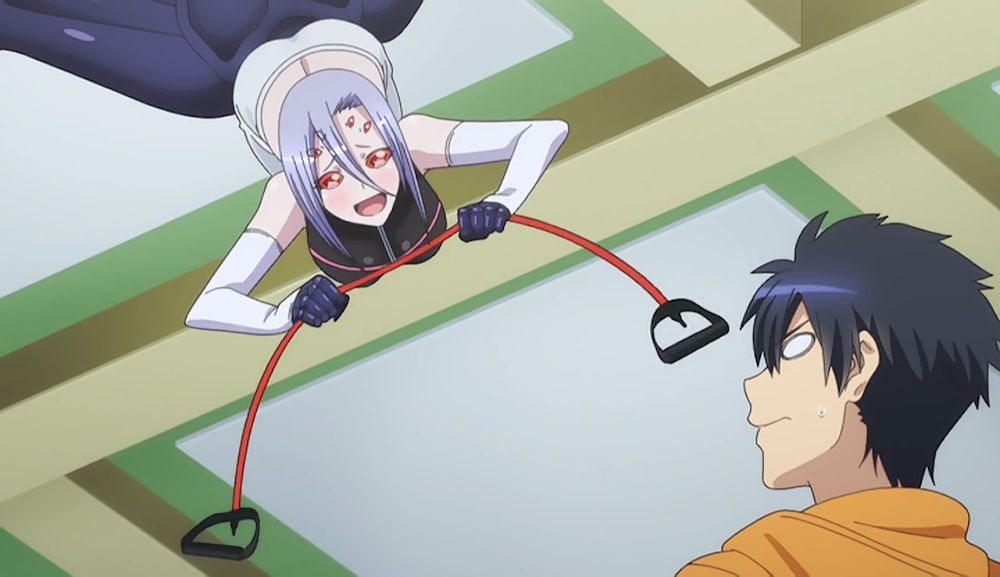 
Subtitled "Everyday life with Monster Girls", the series began as a manga by Okayado and the TV adaptation followed shortly after. Our everyman is a young man named Kimihito Kurusu who, through a mistake, ends up with a house guest with a twist - Miia may be very beautiful, but she's also half-snake!

It turns out that the Japanese government has been keeping the existence of mythical creatures a secret for years - mermaids, harpies, centaurs and others all actually exist. Three years prior to our story, the powers-that-be decided to unveil the truth, and since then these "Liminals" have been integrated into society like exchange-students. There are strict rules for interacting with liminals, but the overriding rule is that neither species should harm the other. The real twist comes when Kimihito is informed that, as part of an initiative to bring humans and liminals closer together, he must marry one of his rapidly expanding number of house-guests, causing heated competition and advances from what becomes a veritable A-Z of monster girls!

A sell-out series for us on pre-order, there's really no doubting just how popular Monster Musume is. While a little romantic comedy goes a long way, we think it's the risque nature of the comedy and the wonderful character designs that really sell the series, with everyone having a favourite in this classic Harem-style comedy.

Monster Musume is available on Blu Ray and DVD

When a school is condemned to be shut down, only a group of plucky wannabe idols can form a group and save it!