Directed by Masahiro Ando (Sword of the Stranger) Canaan is a 13-episode anime, conceptualized by Type-Moon (Fate Stay Night, Tsukihime) co-founders Kinoko Nasu and Takashi Takeuchi. The series is based on a scenario they created for a Nintendo Wii visual novel called 428: Fūsa Sareta Shibuya de, which is noted for being one of the few games to have been awarded a perfect score by Japanese games publication Famitsu.

The series serves as a sequel to the game, detailing the lives of three women and how they are connected together via an upcoming anti-terrorism summit in Shanghai. One of them is Canaan, a Middle Eastern assassin and mercenary. Another is Alphard, Canaan's rival and also a skilled assassin and mercenary who also heads a terrorist organization called Snake. Finally, we have Maria Ōsawa, a victim of an attempted biological terrorist attack in the streets of Shibuya two years ago. Their encounters lead to armed interventions between Canaan and Alphard who share a deep and tragic history. 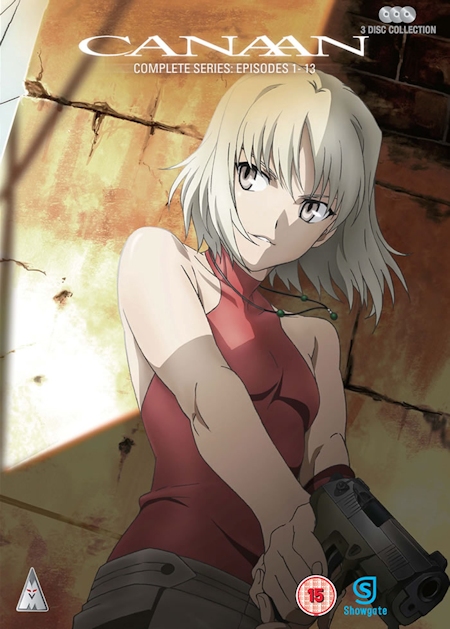