Louise Francoise Le Blanc de La Valliere's name is so long and her spell-casting skills are so poor that everyone at the Tristain Academy of Magic just calls her "Louise the Zero". Louise's humiliation only increases during an important second-year test, where the other students summon up dragons and other mythological creatures as their familiars, and she inexplicably summons Hiraga Saito, a totally normal teenager from Tokyo.

Now she's stuck with him and Saito's stuck with the lousy life of being a familiar. Except, maybe there's more going on than meets the eye, because Saito's not prepared to accept the social inequities that Louise and other aristocrats consider the status quo, and he may not be quite as normal as everyone thinks. And the reason Louise is so bad at magic might just be that she hasn't figured out what she's good at yet. In fact, they might even have the makings of a great team... if they can learn to stand each other first, that is! 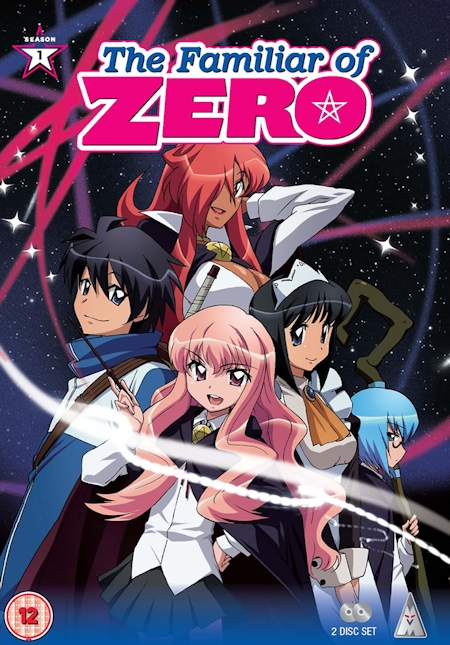